Customer Focus & Why It Always Should Be #1

What I want you to think about today is customer service or customer focus as I call it.

The reason I've put this message out is just to ask you to think about how your customers are experiencing your business.

How your customers are consuming the experiences, they do with the staff, the premises and the following service that you provide.

So we were in Port Grimaud today. Hectic day, scorching day in the south of France and with many choices of restaurants in places like this, we went to the main square where the centralisation of lunch activities was being promoted.

There's a wide range of international bars, local cafe areas and restaurants. We took a little bit of time to think about it, consulted with the family and picked this particular restaurant for two reasons.

It had a more comprehensive range of food, but it advertised British flags, German flags, Italian flags and French flags. So we approached it, the place looked pretty okay. Had a quick look at the menu and decided to go in.

The service that we got was pretty diabolical if I'm frank with you. Some of the stuff I'm going to share with you now could be perceived as follows:

What I want you to think about today is the impact and the cost to your business by not getting some of these three or four things right.

What Not To Do With Customer Service

So the first thing is, none of the waiters or any of the staff was uniformed up.

So you think, well hey, why is that a big wow? Attention to detail, proud of the brand, are they or are they not different? For uniforms, one of them had a particular body odour problem, which you'd think, okay, I know it's 30+ degrees.

Hey guys, a bar of soap and keep it fresh every day doesn't cost you too much. So that's starting with a negative. He came over, he passes the restaurant menu, spoke in French, which is fine. My Spanish is far better than my French is.

One of the attractions, as I said earlier, was that they had a British flag there, a German flag and Italian flag as well as a French flag.

So, you try and stumble across some of the broken French and the guy is just sort of looking at us as if we're speaking Mandarin.

I don't demand English as a first language, but it's undoubtedly a strong second language across most European countries. This guy is working in a restaurant, which is advertising British as well as German and Italian, and the guy is dumb to English.

He doesn't understand any word apart from okay, taxi, and coca-cola. So we go through the usual show and point on the menu. So that's fine, we get that out of the way.

The food comes out in different stages, consider four people are eating, they're at various stages, that's not proper preparation.

Think about how that affects your operation side of your business. The food, actually, by the way, was excellent. I've got absolutely no issue with the food. It was outstanding. So two of us had finished, and then the guy comes up and starts to clear the table.

So it's like, really, basic manners of any sort of restaurant are you wait until the table is finished or at least indicated that they're wanting to clear and wait aside the table.

The guy's reaching over people eating. Like I say, he didn't smell that favourable and cumulatively these things of what this restaurant is advertising out there as their business?

By advertising that you're accommodating to English, German, Italian and French, however, you deliver service to only the French speakers and ignoring the foreign nationals is poor.

I couldn't say whether there was any Germans or Italians in there, but, from an English perspective, really he did it because he had to do it and we felt that as customers.

Let's just rack up this experience from un-uniformed waiters and restaurateurs and advertise English but don't speak a word of English or have no interest in trying to do that.

Poorly serviced table with different stages of it and then when we come to pay he just sort of flagged me off into the back because I wanted to pay by my card to keep track of my expenses.

I'm not a big fan of paying for cash in places like that. I went into the back.

I spoke to an old lady in French who didn't understand, again, not a word of English. It took me over nine minutes to put a card in, get a connection and pay for a meal.

So here's a lesson learned.

As I said earlier, and I did put a warning on this, you might say hey Jamie, you're picky, hey Jamie, you expect too much, hey Jamie, it's you who would look at that, and that's fine.

We're touring with a party of six. Any of you guys know us, we enjoy our times away and love experiencing the cultures, as a family we eat out regularly. So we got six adults and what eating out in restaurants is like, these places cost around 15, 20 euros a piece and we're here for eight days and if the service had been better, would we have gone back? Yes.

However, it doesn't matter how good the food was, are we going to go back to that restaurant? No.

So even if we'd gone back one, two or possibly even three times, couple lunches, couple evening meals and one lunch over eight days. The food, as I say, was excellent.

The loss to that business, averaging six people eating, 15, 20 euros apiece, there's probably late 275 to 300 euro loss, plus, dare I say, a bit of a negative review and why does that have to be the case? It doesn't.

So think about it inside of your business. I'm sorry for having a bit of a rant on here today, but I want to get your attention by thinking how your front of the house in your business is? How is your team communicating?

If I ring your business today and I speak to one person or speak to other people, what's that going to sound like to your clients?

Is it going to be consistent? Are you all on the same page? Think about food preparation in the restaurant where it came out at different times? How is your operation and your fulfilment?

We didn't expect any more to be three to five minutes between the two meals, that's pretty awful. Even if they'd have come out and said hey, your order is going to be two or three minutes late, is it okay if we hold them all and bring them through?

Communication is a big part of customer service or customer focus.

Then if you move on to poorly dressed waiters, how are your staff representing your business, your brand.

You spend considerable time building it up., so you got to think about that.

Finally, if you are passing responsibilities over to team members, pass the baton to somebody who's competent and who knows what they're doing, who's going to give that service level.

In my case I got passed to this lady, she must have been 70 or 80 years old, hey, before people jump on us and say hey, Jamie, there's ages and rules about employment.

I'm all for that if they're good enough then they're employable, however, if somebody can't operate a chip and pin credit card machine, and inconvenience clients by nine minutes to get a payment through because she was unable to use the terminal.

She couldn't speak a word of English, there's a language barrier, people were not interested, there's a queue building up.

What Is A Bad Review Going To Cost You?

So the experience that we had in Port Grimaud today was excellent. The restaurant experience was average to mediocre at best. Count it as a customer experience where are you going to lose money by doing that?

What's the cost of you giving harmful levels of service on a first impression that means that your customer isn't going to come back?

In the rules of social media and review sites today it's so easy for somebody to say hey, food excellent, service shocking.

Think about where you're going to go and spend your 100 or 120 euros for a meal with your family.

How To Stay Customer Focused

Please think about your business shopfront, where do your customers touch you, whether that's in your store or over the telephone,

Make sure you got that right. Secondly, is your customer service being passed into the operation side?

Does the team understand how long they got to do something?
What the customer's expectations are set like and what their output needs to be and why and when?

Finally, from an invoicing and a collection, it's expectation, can you keep that fluid?

People who follow my content a lot, they know I talk a lot about McDonald's, you can go into McDonald's in most cases and order and get served and pay and be out in minutes.

Now I understand that sit-down restaurants, silver-service restaurants aren't always as efficient as McDonald's but just think about your customers and from your teams perspective.

Because delivering poor service will cost you one, two, three, four more orders minimum what your average order value is.

Isn't that worth you taking an hour out today, tomorrow, saying hey guys, we're going to get our customer service focused.

I don't like the word processing customers too much. Still, we put customers through the production line from the initial inquiry through to completion; are we efficient today and is our team on the same page?

So I hope you find that a little bit useful.

Sometimes it's these sort of negative experiences that bring out the light bulb moment that says, hey, we got to address this in our business. Maybe our customers aren't telling us, they're just not turning up again, they're not coming back. Ultimately, if you can get focused on that, leave me a comment below.

I'd love to hear about what you've changed in your business, making those differences and those changes, and hopefully, that's going to hold some more customers, give better service.

A great Walt Disney is saying out there, I think I used it in one of the earlier videos, and that's Walt Disney saying that "Do what you do so well that they'll want to see it again and bring their friends."

So do what you would do so well that they'll want to see it again and bring their friends. That's the benchmark that Walt Disney sets and they know how to make dollars. Trust me. So from customer service, point-of-view and anybody who's been to a Disney park will understand what I mean when I say that.

Set the bar from a customer service point-of-view; you're going to do so well people will want to come back again plus tell the friends for referrals and things like that. 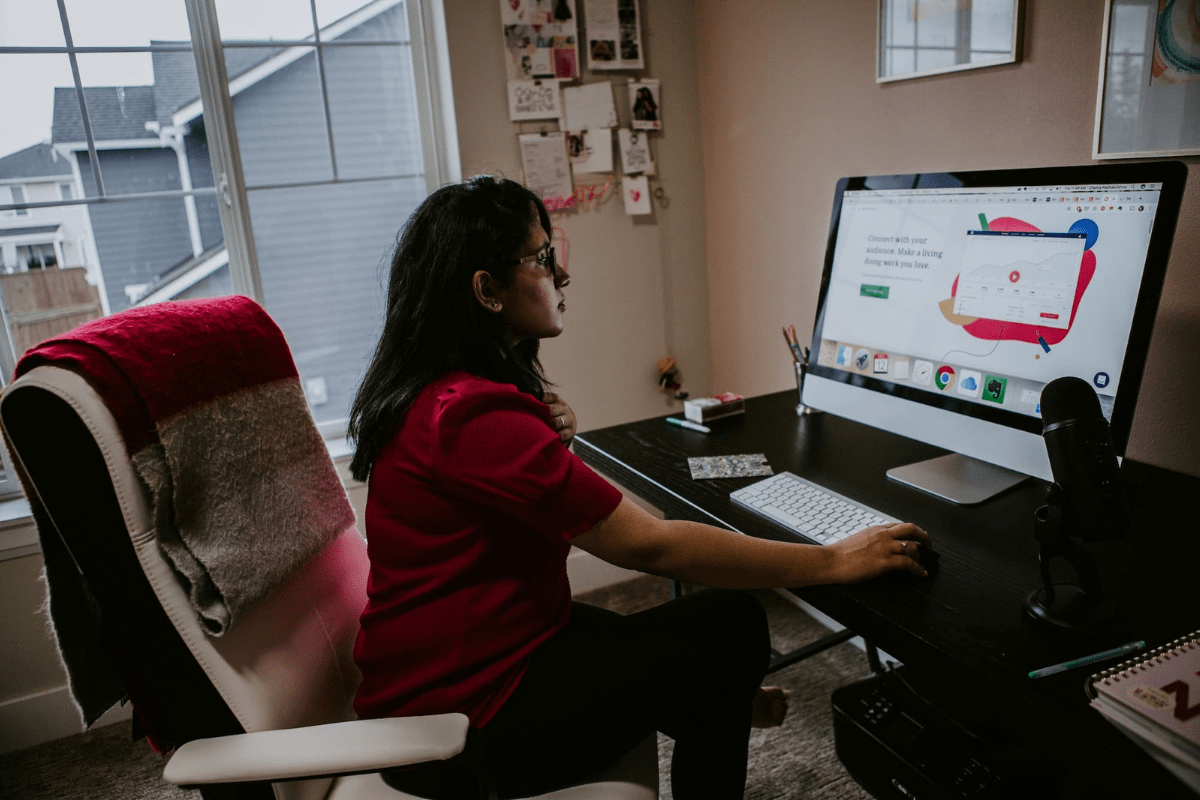 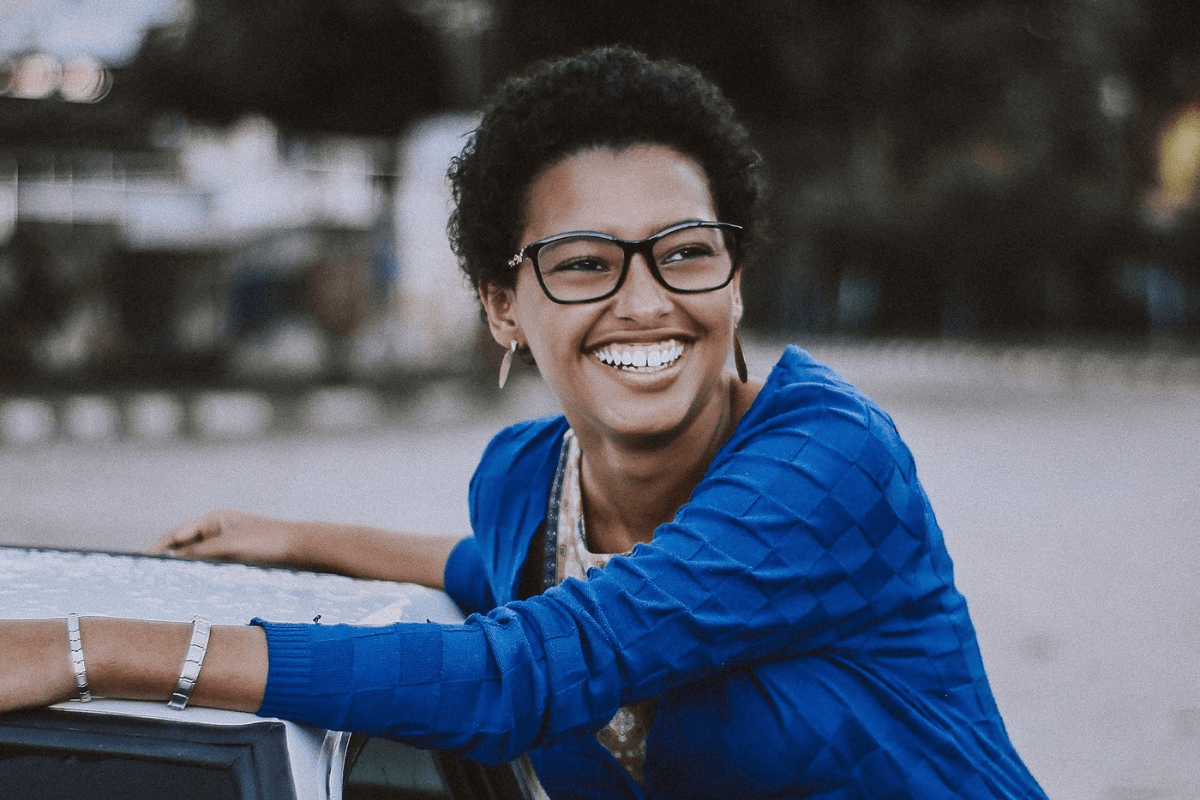